Once the port-of-call jewel for Magnus Wealthy, Cuba has been a country lost in time for the last half century, plus some.

Never been to Cuba? I recommend it. But do it before it returns to the playground of the filthy rich and the Hemingway admirers.

Yes, I’ve been there twice. But not as Magnus Wealthy. Think short-term mission trip. Door-to-door evangelism. Knock, knock. “May we come in.” (Of course, my interpreter said it the proper way: “¿Podemos entrar?”)

An interpreter is essential if you can’t speak the language.

But here’s the beautiful thing. Most Cubans are the friendliest people you’ll meet. They love to meet and greet Americans. We’re a mystery to them. It’s amazing. And understandable. Most have never tasted freedom.

Castro usurped the country in the biggest land swindle ever. Now, the elderly Cubans alive today are happy with a single, pathetic gift from Papa Castro’s government.

“He give me this cooking pot,” the appreciative, sun-wrinkled, Spanish speaking octogenarian said.

Never mind that his midget refrigerator will take him a lifetime to pay off.

We flew into Havana, via Mexico, spent the night and flew on to Holguin (hole-Keen) early the next morning. It’s a four-hour flight. Cuba is the size of California.

The ‘hotel’ in Holguin was once a grand one—now, dilapidated. Papa not only didn’t let the government keep hotels up to standard, he took the toilet seats away. From personal experience, I can assure you he did it to humiliate the eleven-and-a-half-million souls into submission.

Ask any American what Cubans look like and they’ll include “dark-skinned” as an answer. However, you’d be surprised to see nearly as many red-headed and blue-eyed Cubans as dark-skinned islanders. The Spanish influence is apparent. Fifty-one percent of Cubans are Mulatto, thirty-seven percent, White, and eleven percent, Black.

All Cubans are proud. And friendly. Why shouldn’t they be? They’ve not had the outside world of communications and world events for three generations. They’ve simply missed the rise in socio-economic gain around the world. They’ve been isolated. They don’t know any other life. They’ve lived on Cuban baseball and communism since 1959.

And they’ve avoided all the gun-shot TV news and television episodes of Law & Order. God blessed them.

When I think of Cuba, I think of Maria. She’s the Lady who led our group through Cuba. Maria was born and raised in Havana, in a prominent family.

Shortly after Castro took over, her father gathered his wife and children and fled to America.

Maria has such a huge heart for her native land. She’ll always love her people and her land.

Many wealthy families left their homes and their businesses behind; to start over. But the ones not able to afford travel remained behind. They faced the dark days of seclusion.

Catholicism gradually faded away. To be replaced by many false religions—Santería being the most prominent. It’s a singing religion based on the old songs of slavery. So, most Santeríans are descendants of African slaves.

Every morning ten of us would have breakfast, pray, and pile into vans with our interpreters for an hour or two ride to a small village, usually to the south, near Guantanamo. A different village each morning. That way, we could avoid the immigration officials who’d heard we were proselytizing in their country. Only once did we hear our leader yell out, “Everybody in the vans. We have to leave. Now!”

We would meet at a local house church and greet the pastor. Some would have no more than ten church members; some as many as thirty. We snuck in bibles, clothes, hygiene products, and boatloads of gum.

Each church provided a local member to escort us, individually with our interpreter, to un-churched homes in the village. The patriarch or matriarch always welcomed us. Some even asked us to hold off any discussion so they could gather their family. Even neighbors. All ages would gather around in a small living room, many sitting on the floor, while we introduced them to original sin, Jesus, the Gospel, and a merciful God.

The interpreter kept track of those who repeated the prayer of salvation (asking Jesus to come into their hearts and save them from eternal damnation). More than a few grown men cried on my shoulder after accepting Jesus into their hearts.

Naturally, there were plenty who preferred to worship their idols. Ceramic statues, sometimes made of wood or plastic.

If the idol worshiper wasn’t getting what they wanted from their man-made God, they’d place them face down in their underwear drawer, to punish them. Strange stuff. And sad.

At the end of the week, our leader would give us the number. “Four-hundred-fifty-two made a profession of faith this week. You’ve not only sowed the seeds of the Gospel, you’ve been a part of the harvest.”

That made me feel pretty good, but we all knew Holy Spirit had been working in those hearts long before we arrived. Only God can change the heart of man. But, what really made me warm and fuzzy, was the sight of my sons who’d been able to join us on the mission field. They had been part of the harvest. And it would have a lasting, lifetime effect on their lives. They talk about it to this day.

Thank you for supporting this member along the WATCH "RWISA" WRITE Showcase Tour today! We ask that if you have enjoyed this member's writing, to please visit their Author Page on the RWISA site, where you can find more of their writing, along with their contact and social media links, if they've turned you into a fan. WE ask that you also check out their books in the RWISA or RRBC catalogs. Thanks, again for your support and we hope that you will follow each member along this amazing tour of talent! Don't forget to click the link below to learn more about this author:

Paperbacks Proofs are in! Release to Amazon and B&N - woot! 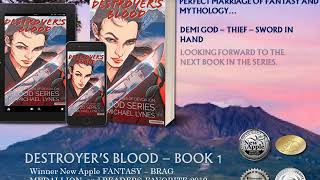 Paperbacks Proofs are in! Release to Amazon and B&N - woot!

Now You Can Blog from Everywhere!